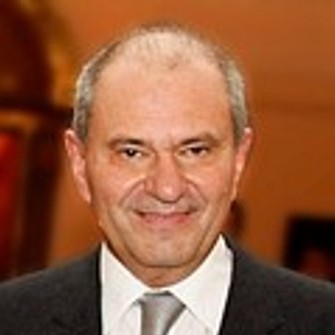 Systems analysis for geophysics: Challenges of the 21st century – PDF

Theoretical and applied studies in evaluation, prediction and prevention of natural disasters, along with research in diminution of their vulnerability, are the major systems analysis problem(s).  Earthquakes, volcanic eruptions, tsunamis, hurricanes, floods, magnetic storms etc., being complex natural systems by themselves, are immersed into even more complex systems of permanently  developed industrial, economic, demographic, scientific and political environments.

Complexity of this system of systems exponentially grows with time. Adequate mathematical description and systems analysis of the multi-lateral interactions of these complex systems will require in the 21st century new mathematical approaches.  The latter should come up with joint analysis of increasing with time huge data flows of principally different origins.

The methodology of the present systems analysis is mostly based on classical mathematical tools, created independently of the systems research.  Advanced Systems Analysis (ASA) in the 21st century will create its own methodological mathematical base, especially developed to serve practical (applied) System Analysis (SA). This will be an important step to understanding what the subject of the SA is.

Professor Alexei Gvishiani is Academician of the Russian Academy of Sciences (RAS), Doctor of Science in Physics and Mathematics, Director of the Geophysical Center RAS, Chairman of the National Geophysical Committee RAS, Deputy Academician-Secretary of the Earth Science Branch of RAS, and member of the Council of Federal Agency of Scientific organization of Russia. His areas of scientific research include mathematical methods of artificial intelligence and their application to geophysics, study of the Earth’s magnetic field, geoinformatics, and systems analysis of seismic zonation. Gvishiani is the author of more than 273 scientific articles published in international and Russian scientific journals, including five monographs and five certificates of authorship. He is a foreign member of the Ukrainian Academy of Sciences and Romanian Academy of Technical Sciences, Honorary Doctor of the National Technological University of Ukraine, Professor of Lomonosov Moscow State University, and the Institute of Physics of the Earth, Paris. He has held high-level international positions of Vice-President of the Committee on Data for Science and Technology (CODATA), Vice-chair of the WDC Panel of International Council for Science (ICSU), and Vice-President of European Mediterranean seismological center (EMSC/CSEM, France). Currently, he is vice-chair and the Council member for Russia of the governing Council of IIASA. He is also RAS delegate to the International Union of Geodesy and Geophysics (ICSU) and the Committee on Data of ICSU (CODATA). He was awarded the Order of Friendship of Russian Federation for his outstanding work in international scientific collaboration.