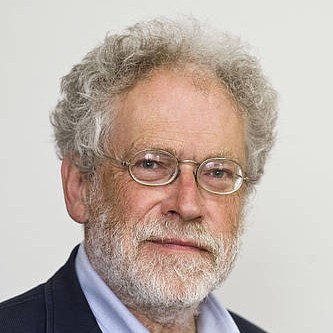 In the 1970s, Anton Zeilinger started his work on the foundations of quantum mechanics with neutron interferometry (initially together with H. Rauch). These experiments included confirmation of the sign change of a spinorphase upon rotation, precision tests of the linearity of the Schrödinger equation, and many other fundamental tests. Going beyond single-particle phenomena, Zeilinger in the mid-1980s became interested in quantum entanglement, initially with photons, now also with atoms.

His most significant contribution are what is to day called “GHZ states”. These were the first multi-particle states discovered (with Greenberger and Horne) in 1986 and experimentally realized by Zeilinger and his group in 1998. Such multi-particle entanglement states have become essential in fundamental tests of quantum mechanics and in quantum information science, most notably in quantum computation.
Since then, Zeilinger has performed many experiments with entangled photons, including quantum teleportation, quantum cryptography, all-optical one-way quantum computation and a number of quantum gates. In single-particle interference, he has performed a number of experiments in atom
interferometry and pioneered quantum interference of large molecules, like C60 and C70. Later experiments included very detailed studies of quantum decoherence by scattering and by radiation coupling to the environment.
The technological progress in all these fields is making new fundamental tests possible. Most recently, Zeilinger became interested in tests of Leggett-type nonlocal theories, in experiments on Kochen-Specker predictions and in fundamental phenomena in quantum entanglement of ultracold atoms.
The most important stages in the career of Anton Zeilinger include the Technical University of Vienna, M.I.T., the Technical University of Munich, the University of Innsbruck, the Collége de France, the University of Vienna and the Austrian Academy of Sciences.
View full schedule