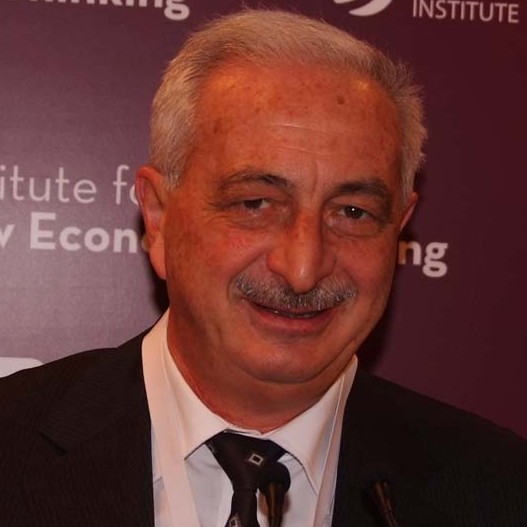 Economic complexity refers to a new line of research which portrays economic growth as a process of evolution of ecosystems of technologies and industrial capabilities. Complex systems analysis, simulation, systems science methods, and big data capabilities offer new opportunities to empirically map technology and capability ecosystems of countries, industrial sectors and companies, and analyze their structure, understand their dynamics and measure the economic complexity. This approach provides a new vision of a data-driven fundamental economics in a strongly connected, globalized world.

In particular, here we discuss the COMTRADE dataset which provides the matrix of countries and their exported products. According to the standard economic theory, the specialization of countries towards certain specific products should be optimal. The observed data show that this is not the case and that diversification is actually more important. The situation is different for companies or sectors which seem instead to specialize only on few products.

The crucial challenge is then how to turn these qualitative observations into quantitative variables. We have introduced a new metrics for the “Fitness of countries” and the “Complexity of products,” which is a sort of economic version of the Google page-rank approach. Direct comparison of the Fitness with the country’s GDP gives an assessment of the non-expressed potential of the country. This can be used as a predictor of GDP evolution or stock index and sectors performances. These results are also useful for risk analysis, planning of industrial development and strategies to exit from the “poverty trap.” Analogously, the Complexity of products can be compared with its added value, also providing new information.

The dynamics in the GDP-Fitness plane reveals a heterogeneous structure and certain areas behave in a laminar way (high predictability) while others appear turbulent (low predictability). This situation requires an analysis inspired by the theory of Dynamical Systems and it is not appropriate to use the usual regressions.

Recently, we have also considered the extension of these ideas to the “Fitness of companies” which are instead mostly specialized in terms of products. This requires different datasets and a new algorithm. The implication of the present study for the general problem of “Big Data Science” will be discussed.

Professor Luciano Pietronero studied physics in Rome and was a research scientist at Xerox Research in Webster in 1974 and at the Brown Boveri Research Center, Switzerland, from 1975 to1983. He then moved to University of Groningen, the Netherlands, where he was professor of Condensed Matter Theory (1983-87). Since 1987 he has been a professor of physics at the University of Rome “Sapienza”, Italy. As founder and director of the Institute for Complex Systems of Consiglio Nazionale delle Ricerche, Italy (2004-2014) he has broad international experience in academic and industrial environments. His scientific research is of both a fundamental and applied nature, with a problem-oriented, interdisciplinary perspective aimed at developing novel and original views in all areas. His interests extend to condensed matter theory; high-temperature superconductivity; statistical physics; fractal growth; self-organized-criticality; complex systems and its interdisciplinary applications. He is also a leader of a generation of young scientists who are protagonists of the complexity scene internationally and in 2008 he received the Fermi Prize, the highest award of the Italian Physical Society.