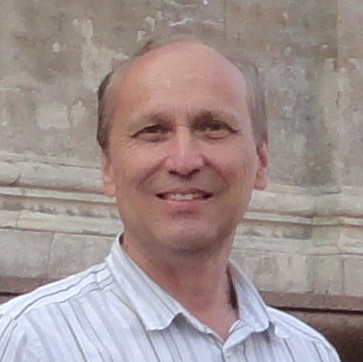 Large earthquakes that are considered as extreme events in a complex system – the Earth lithosphere belong to the most dangerous natural disasters. During the last years a significant progress in developing and testing earthquake prediction/forecasting models was demonstrated giving an impulse to start operational forecasts in several countries. However a large gap between the models and decision making still exists. Two directions in developing models are almost independent. Probabilistic models forecast earthquake expected rates in time and space. Usually probabilistic models are based on the analysis of actual earthquake rates. For large earthquakes the forecasted rates are very small, except short periods of aftershocks, and decision making based on tiny probabilities is extremely difficult. Deterministic models select location areas and periods of alarms on the basis of earthquake precursors and/or premonitory patterns. Decision making that is a typical problem of systems analysis is still rather difficult, because of trade-off between false alarms and failures to predict. A synthesis of probabilistic and deterministic techniques made on the basis of the system analysis approach could help in finding effective decision making algorithms.

Here, we propose a method to combine the earthquake forecast rate-based models with any information that could locally increase the forecasted earthquake rates. We use the differential probability gain calculated in the error diagram that evaluates the performance of the input information with respect to the rate-based model. Then, at each point in space and time, the new rate is the product of the current rate times the local differential probability gain. The main advantage of our combining method is its capacity to produce high expected event rates. We demonstrate how the method works on several examples.

Petr Shebalin is a chief scientist at the Institute of Earthquake Prediction Theory and Mathematical Geophysics. Shebalin graduated from the Physics Department of Lomonossov Moscow State University, Russia (1979), and received his PhD in geophysics in 1988 and DSc in 2004. Since 1993 he has served as an invited professor in Institut de Physique du Globe, Paris. He has also worked in ICTP, Trieste, Italy, UCLA and USC, Los Angeles, USA, and USGS, Menlo Park, USA. He developed several earthquake prediction algorithms, including Reverse Tracing of Precursors based on the phenomenon of increase of the earthquakes correlation range prior to large earthquakes. Working in different fields of statistical seismology, in recent years he has concentrated on analysis of earthquake aftershocks. He discovered a direct link between the delay of the onset of the power-law decay of aftershocks (Omori-Utsu law) and the average stress accumulated in the fault of the main shock. He also works on combining different approaches (probabilistic and deterministic) for earthquake prediction/forecasting.